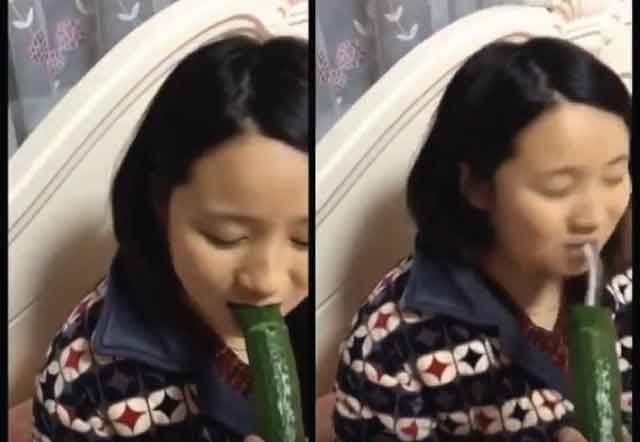 A hilarious prank shows Moment Were Man pranks wife with fake snake inside a cucumber.

A man pranked his wife with a toy snake hidden inside a cucumber.

In the clip — shot in Beijing, China, on March 11 — the man walks up to his wife with a cucumber in his hand while she is playing with her phone in bed.

The man says, “Wife, have a bit. The cucumber tastes so good today.”

The man replies, “No, I am not going to prank you. The cucumber is so yummy. It is imported.”

She eventually takes a bite, but then a toy snake suddenly pops out from the cucumber.

She then uses her hand to remove the snake from her mouth as screams out loud.

According to local news, the husband wasn’t happy with his wife since she was always on her phone.