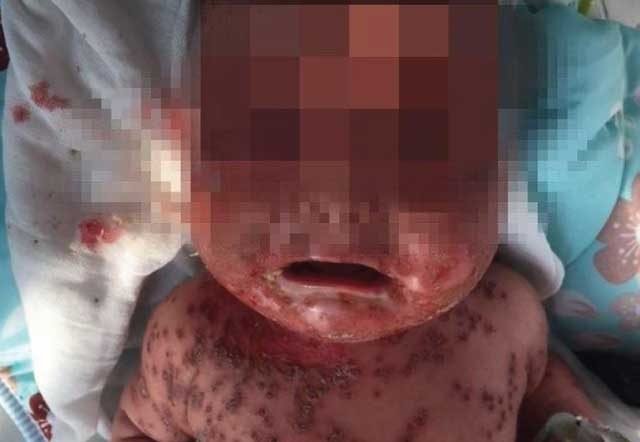 Shocking moment leaves everyone in awe as Mum leaves baby boy covered in sores after kissing him while infected with herpes.

A mother who regularly kissed her newborn on the lips infected him with herpes and his entire body became covered in cold sores.

More so, the three-month-old boy was rushed to a local clinic before concerned doctors transferred him to the Zhejiang Provincial People’s Hospital in Hangzhou, capital of East China’s Zhejiang Province.

The baby’s entire body was covered in blisters and cold sores , Doctor Zhu Haiqiao said, adding that the boy was also running a high fever because of the infection that went untreated for days.

“The three-month-old’s body and especially his face and head were red and covered in sores,” the medic said.