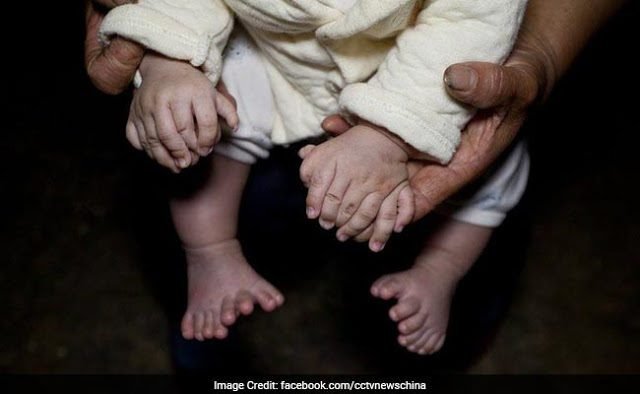 A boy who has been born in China with a rare congenital condition due to which he has 31 fingers and toes along with two palms on each hand.

The boy named Hong Hong was born in January with 15 fingers and 16 toes in Pingjiang County in Hunan province. Doctors diagnosed Hong Hong  with polydactylism, a congenital condition that happens in humans, dogs and cats, giving them extra fingers and toes.

Polydactyly is a pretty common condition, affecting about one in every 1,000 live births, according to Children’s Healthcare of Atlanta. Often, the extra digits are removed surgically.

Hong Hong also has two palms on each hand and no thumbs. His parents are trying to raise enough money so their son can undergo the life-changing operation.

The condition is usually passed down in families, which is the case for Hong Hong.

The boy’s mother also has polydactylism, with six fingers and toes. While she was pregnant with Hong Hong, both parents were worried their child would inherit the condition.

Right now Hong Hong is too young to undergo surgery, the infant’s father, Zou Chenglin, told CNN. In the meantime, his parents are seeking medical advice on how to treat their son.

Doctors have given the family differing advice, with some saying the surgery is much more complicated than originally. Thought because Hong Hong requires not only the removal of his extra fingers and toes but also needs reconstructed thumbs.