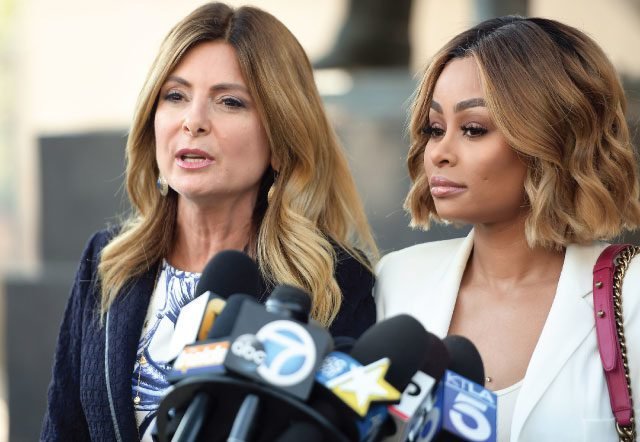 As Rob K and Blac Chyna are heading to court with different damaging allegations against one another, Chyna’s attorney Lisa Bloom has revealed why her client sued the Kardashian-Jenner clan for the cancelation of E! reality series, Rob & Chyna. Speaking to US Weekly, she said:

“They (Kardashians) decided to start a war by trashing her online repeatedly, so it’s on … and we are going to vigorously fight for Chyna in this case.

“Even though Chyna left Rob at the end of 2016, the network was still interested in doing season two of the show. How would these two live separate lives and co-parent a baby? Would they get back together? This is classic reality show material, but the show was killed. Chyna’s rep was told it was because the Kardashian family would not allow it to go forward.