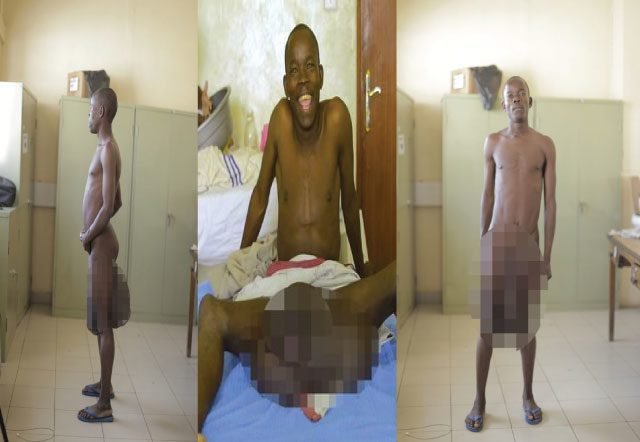 A Kenyan man with the biggest manhood ever, has undergone life-saving surgery to reduce the size of his three-foot penis.

And 11lbs testicles that had grown so large it was hard for him to walk or wear normal clothes. 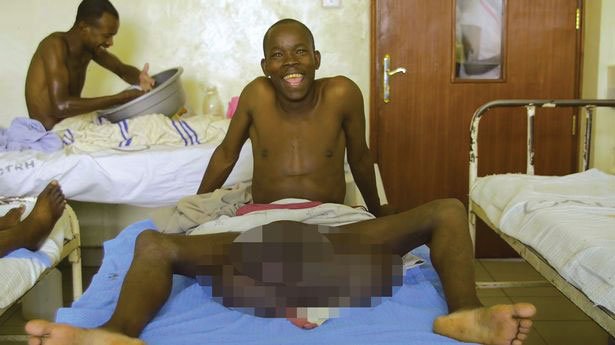 20-year-old Horace Owiti Opiyo, known as Forence to friends, had genitals that were twenty times the average size after a growth continued to get larger despite surgery to remove it. The growth first started in 2006 like a boil, then it grew to the size of a fist and just continued swelling even as Forence tried herbal remedies to make it go down because he was unable to afford an operation.

In 2006, he dropped out of school when students began making fun of him because of his condition.

In 2007, Forence, who is an orphan, had surgery but the growth came back and his penis grew to almost a metre long, weighing 5kgs. He was later diagnosed with scrotal elephantiasis. This can be caused by a mosquito bite injecting larvae into the bloodstream, which then grow into parasitic worms blocking the body’s drainage system and causing swelling. 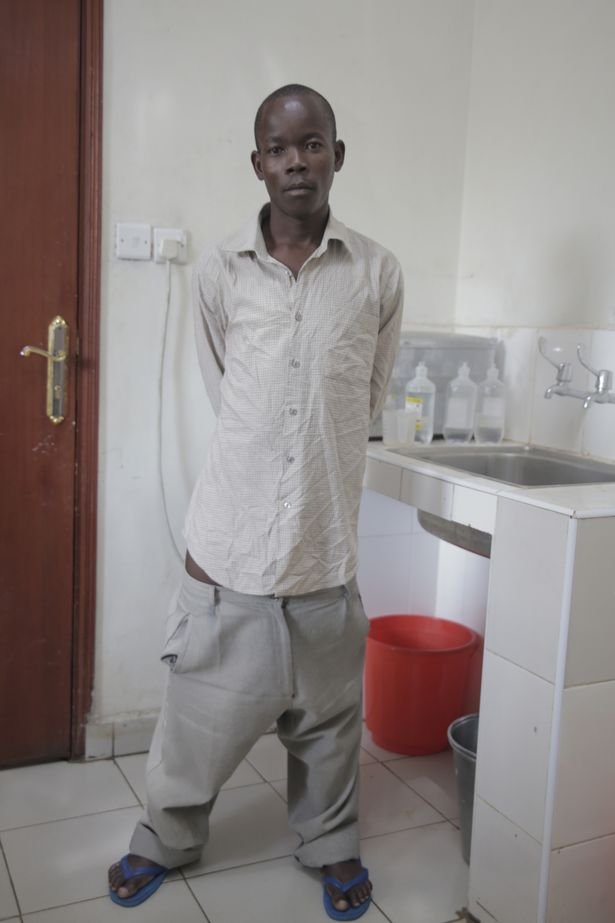 How to Change Mindset And Attitude And Prove That We Need...