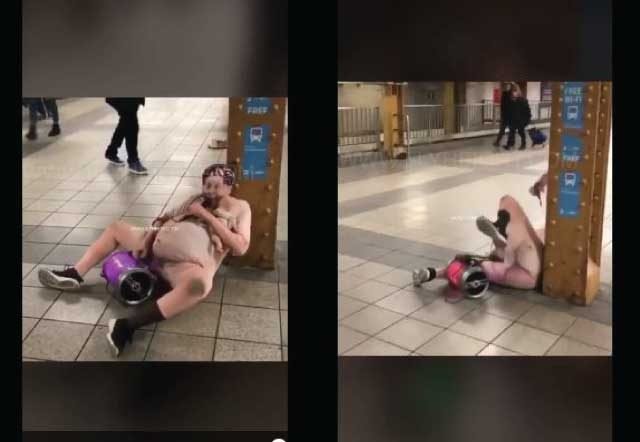 The history of New York begins around 10,000 BC, when the people arrived. By 1100 AD, two main cultures had become dominate, the Iroquoianand Algonquian, had developed.

European discovery of New York was led by the French in 1524 and the first land claim came in 1609 by the Dutch.

However, all this been said,

Watch This Crazy ‘Performance Art’ At NYC Subway Station in the video next page!