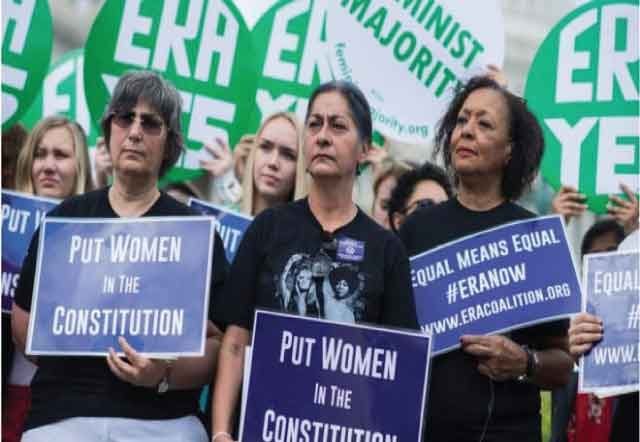 The troubles we see In the world today, seems like women right issues are swept right under the carpet. And today we all at Viral Gossip Talk have decided to share Women Rights Issues Today That We All Should Know.

Even in a country as wealthy and developed as the US, women still experience major inequality in the workforce: By some estimates, women earn only $0.77 for every $1 earned by men. Globally, the gender gap is even wider: women earn only one tenth of the world’s income despite working two thirds of the total work hours . Empowering women to earn their fair share could benefit their entire communities in a big way: women are likely toinvest more of their money back into their families and communities than men typically do.

On a global scale, female genital mutilation has become an issue of concern for many people. The United Nations sees the practice of cutting a woman’s genital organs as a violation of human rights and it is becoming a common topic of dialogue.

The practice is embedded in a number of cultures throughout the world. It is a tradition, often with religious ties, that is intended to prepare a young woman (often younger than 15) for marriage. Yet, the emotional and physical toll it can take is great.

The U.S. has not elected a woman to the presidency yet, but the government is filled with women who hold high positions of power.

For example, as of 2017, 39 women have held the office of governor in 27 states. Also, It may even surprise you that two of those happened in the 1920s. And it began with Nellie Tayloe Ross winning a special election in Wyoming after her husband’s death.

On the federal level, the Supreme Court is where women have shattered the glass ceiling. Sandra Day O’Connor, Ruth Bader Ginsburg, and Sonia Sotomayor are the three women who have had the honor of holding title as Associate Justice in the nation’s highest court.

Think Wavy Brows Are Dumb? Wait Until You See This Next...