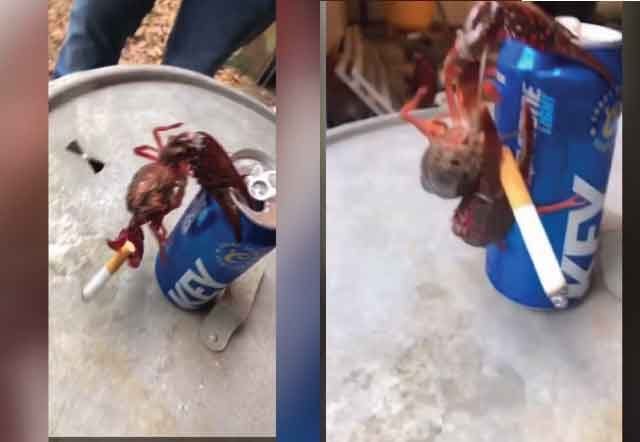 This craw fish is now internet sensation as it goes viral for smoking cigarette while holding onto beer can.

A video posted on Twitter by user Skinny Vinny. Shows a crawfish clinging to a beer can and smoking a cigarette.

The footage, shows the craw fish holding a lit cigarette with one claw while clinging to a Keystone beer using the other claw.

Also Read: Tourist gets shock of His life when cheetah climbs INSIDE jeep during safari (Video)