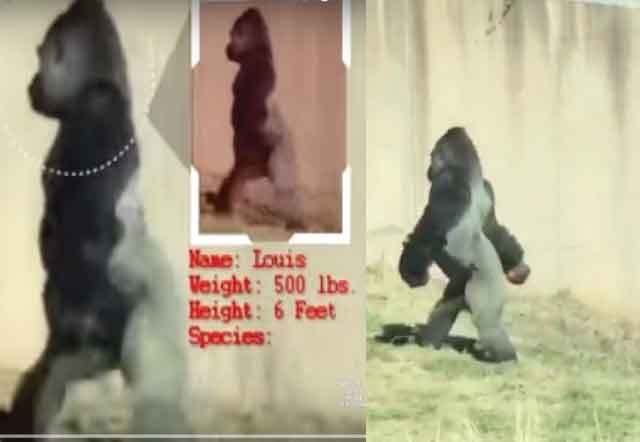 There have been a viral video online. The video shows a Hygiene-Conscious Gorilla Walking Around on 2 Legs Just to Keep Hands Clean

The gorilla with name Louis was walking about his zoo enclosure upright like a human.

The 500-pound, six-foot tall gorilla is said to do this to keep his hands clean. And even crossing a tight-rope over a mud puddle in his enclosure to avoid getting dirty.

Footage of Louis’ walking shows the gorilla at Philadelphia Zoo upright on two legs. Rather than the typical knuckle-to ground stance.

The 18-year old male uses the upright stance to keep his food clean when his hands are full with tomatoes or other snacks, according to the Associated Press.

Watch Video On Next Page!

24 common American customs that are Seen as offensive in other...