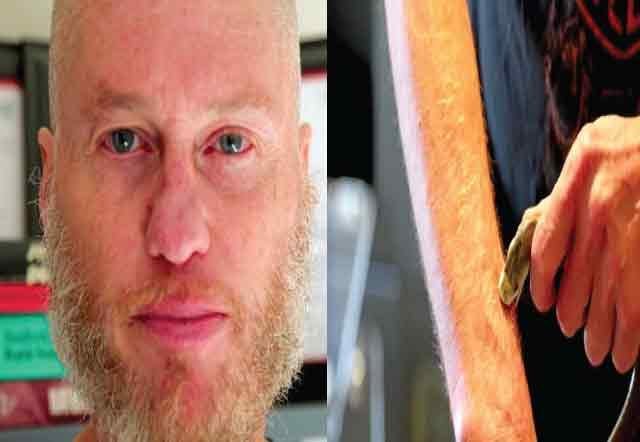 After allowing world’s deadliest snakes to bite him hundreds of times, A scientist claims to be ‘immune to venom’

Tim Friede has inflicted himself with more than 200 bites from snakes that could kill within minutes in a bid to help develop life-saving vaccines.

He claims he is the only person in the world who could now survive back-to-back snake bites.

Also read: Python wraps round snake charmer’s neck and strangles him during show

The 39-year-old has even taken on a sub-Saharan Black Mamba. Which is widely  the ‘world’s deadliest snake’, with a bite that could result in a very painful death within 15 minutes.

Speaking to The Wizard of Odd TV at his home in Du Lac, Wisconsin. Tim allows a Black Mamba snake to bite him three times in his finger. And once into his arm, which causes immediate swelling. As the deadly poison is has a direct contact with his bloodstream.

Comparing the pain sensation to like ‘being struck with a hammer’, Tim winces at the relentless throbbing feeling in his finger and arm. But credits his survival to millions of anti-bodies he’s accumulated during his two decades of research.

Hoping to create a universal human anti-venom. Tim claims to be the only person in the world who could survive back-to-back snake bites.

Also, he said: “I put my life on the line every day for one reason: to save people.

“The reason I inject myself with venom and get bitten by snakes is for a larger purpose and that purpose is to create a universal human anti-venom.

Also Read: Moment Were Man pranks wife with fake snake inside a cucumber

Car thief with conscience returns baby after driving off with child...