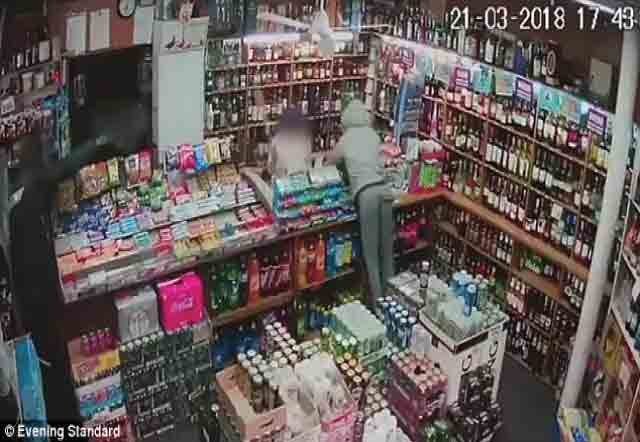 A Brave Grandfather fights off two shop raiders armed with knives as they try to steal ‘everything’ from his till. From the video, he took on two knife-men who stormed his off-licence yelling: “Give us everything from the till!”

The shopkeeper, 60, was beaten with a baseball bat and slashed across the face by the hooded youths, who threw him to the floor and threatened him with a handgun.

A mechanic who was visiting the store  grabbed a hammer from his toolbox and went to help the victim.

Balu Patel, 67, a regular customer, said: “Blood was running like a shower — I had to step in. I’d just come from work and had my toolbox with me so I grabbed it and went in.

“They were going to kill him. I saw my friend on the floor and it looked like one of them pulled out a gun — they were wrestling over it.

Watch Video In Next Page As Viewers Discretion is Advised

30 Crazy Fact About China That Shocks The World

88 Eye Makeup And Human Eye Facts That Are Shocking