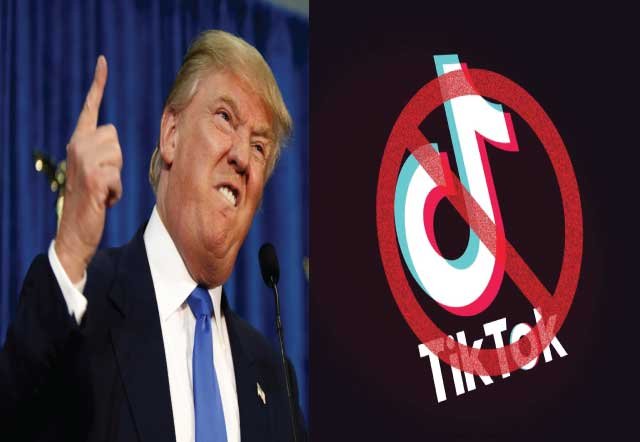 President Donald Trump announced he will ban TikTok in the United States, according to his statement on Friday. That was because the app is suspected by Washington of being able to use Chinese intelligence.

“As for TikTok, we are banning it in the United States,” Trump told reporters.

TikTok belongs to the ByteDance Chinese group. The app has nearly a billion users worldwide and is especially popular with young audiences.

TikTok was under investigation by CFIUS, a U.S. agency responsible for ensuring that foreign investment does not pose a danger to national security.

In recent weeks, US officials have expressed concern that Beijing might use a very common video site for negative purposes in the United States.

Steven Mnuchin, US Secretary of the Treasury, said Wednesday that he would make a “recommendation” for TikTok to the White House this week.

TikTok has also had to protect itself from links to China, where ByteDance has a similar app with a different name. It has always declined to exchange data with the Chinese authorities and has ensured that it does not plan to accept requests in this regard.

Friday, before Donald Trump’s announcement, the American media claimed that the president was going to push ByteDance to sell TikTok.

According to the Wall Street Journal and the Bloomberg Company, the President was about to sign an official order to compel the Chinese parent company to withdraw from the very famous American application in the name of national security safety.

The social network refused to comment on rumors of forced sales. Also, merely claiming to be “confident of the long-term success of TikTok.”

“Hundreds of millions of people come to TikTok to be entertained and connected, including our group of creators and artists who make a living from the website,” TikTok said.

Yet instead of that deal, Mr. Trump declared a ban on TikTok in the United States and said he was going to take action on Saturday.

A few days ago, TikTok made a promise to provide a high degree of transparency. And, in particular, to allow its algorithms to be tested, to reassure users and regulators.

“We are not political, we do not accept political advertising and we have no agenda. Our only objective is to remain a lively and dynamic platform appreciated by all, declared Wednesday in a blog note the boss of TikTok, Kevin Mayer.

“The entire industry is under scrutiny, and with good reason. Due to the company’s Chinese origins, we are examined even more closely. We accept it and take up the challenge, ”explained Mr. Mayer.

James Lewis, head of the Technology Policy Program at the Center for Strategic and International Studies. Claims that the security risk involved in using TikTok is “close to zero.” By comparison, “It seems that ByteDance may be put under pressure from Beijing,” Lewis said.

The social network is still in question elsewhere than in the United States.

It has been banned in India since 30 June. Where it was put at the top of the list of 59 Chinese applications. Blocked by New Delhi on its territory to ‘ensure the security and sovereignty of Indian cyberspace.’

Pakistan, a very conservative Muslim country, recently launched a “final warning” to TikTok’s video-sharing application. That all users should delete material from its platform that is considered “immoral, obscene, and vulgar.”