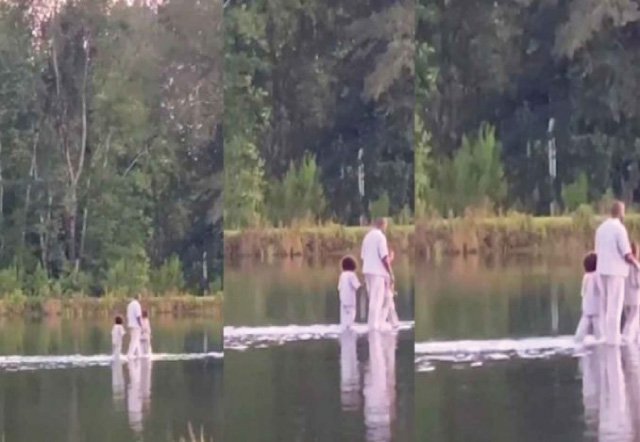 Kanye West made a dramatic entrance to his Sunday service as he “walked on water” with his children.

Kanye West walks on water with his kids was due to a religious ceremony The rapper, 43, attended with his family.  Including his seven-year-old daughter North and his four-year-old son Saint, in Atlanta, United States, on Sunday, The Sun reports.

Images shared by his wife Kim Kardashian on social media capture the sensational stunt when Kanye and his two sons seem to be walking on the water to join a gospel choir in the middle of a pond.

The impressive illusion is accomplished by walking on a translucent platform hidden just below the surface of the pond. 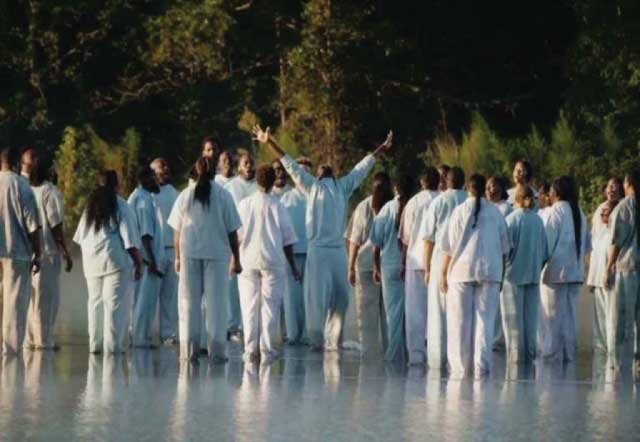 Kanye was joined by Lakewood Church Senior Pastor and Televangelist Joel  Osteen, 57, who gave a sermon on Jesus walking on the water.
The choir sang a version of Carl Orff’s Carmina Burana’s O Fortuna, with English lyrics like  “Jesus is Love” as Kanye and his children went to the pond.
Joel, who worked with Kanye before,  praised the superstar for his “inventiveness.”
In his speech, he said, “Watching these fine men and women sing, it seems they are walking on water. My mind goes back to the moment when Jesus invited Peter to walk on the water. I imagine Peter thought ‘Jesus, what are you talking about? That’s impossible! I can not do this!‘
Kanye and Kim had been last seen together a few weeks ago in Costa Rica, and it is appreciated that the couple got together again over the weekend in Atlanta.
Prev postNext post
Use your ← → (arrow) keys to browse

Lady’s Head Broken By Step Sister Because she did well Than...