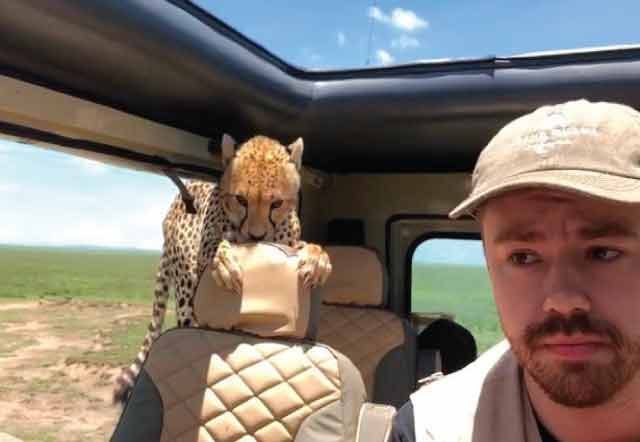 Tourist gets shock of his life when cheetah climbs INSIDE jeep during safari. This happened On a spring break in the Serengeti earlier this month, Britton Hayes found himself frozen with fear as the cat appeared on the seats behind him. 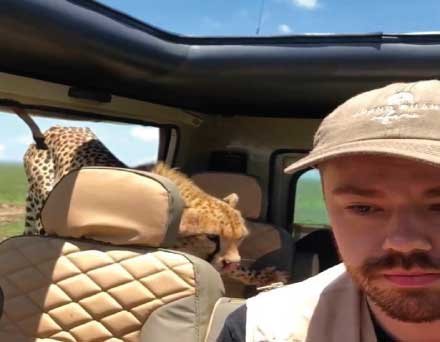 Britton, from Seattle, said: “One of the cheetahs hopped onto the hood and while we were all watching that. One of the brothers had flanked around the back and hopped in back of the vehicle to try and sniff us and make sure that we weren’t a threat.

“Honestly, it was probably one of the scariest moments of my life while it was happening.