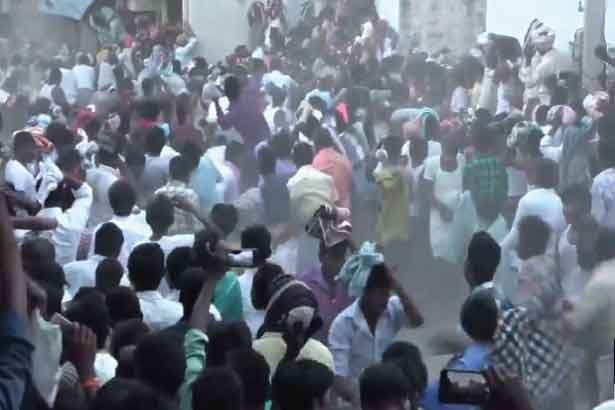 A viral video lately, shows hundreds of people in Andhra Pradesh’s Kairuppala village. As they took part in the annual Pidakala Samaram event on Monday.

Also, which can be described as DUNG WAR. As Indians hit each other with cow dung for good health, prosperity and Rain

And, which also includes participants pelting one other with balls of cow dung.

Furthermore, the annual ritual, which takes place the day after Ugadi. Also, which is the name for New Year celebrations in certain Indian states.

Woman accused of adultery is Tied to a tree and flogged...